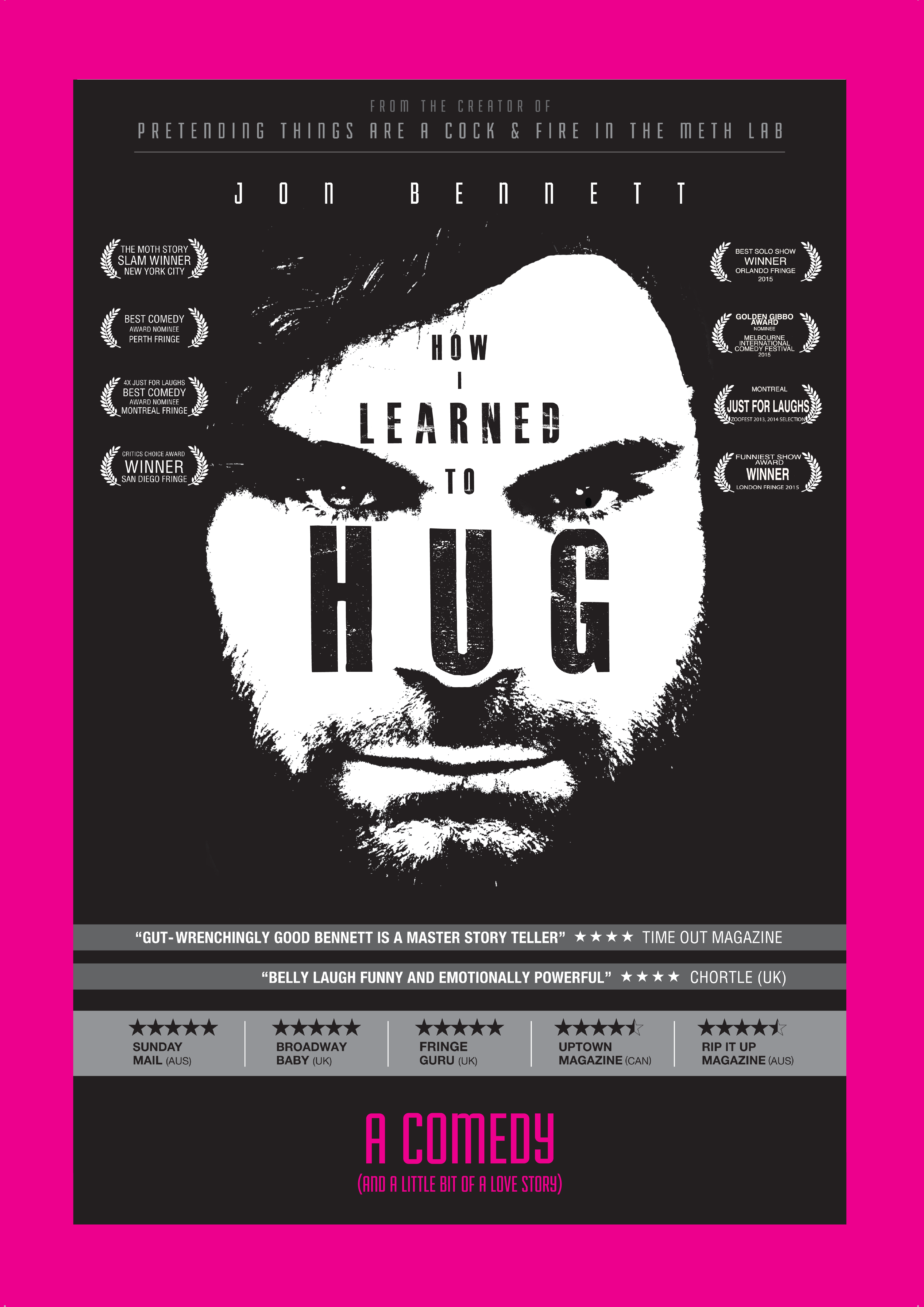 COMEDY – HOW I LEARNED TO HUG – JON BENNETT

Not a love story but a story of love, loss, sex and hugging told to a female version of the rapper Jay-Z while detained as a suspected terrorist in the Montreal Airport…

“Bennett’s stories are as funny as they are heart-warmingly honest.  You will laugh at the hilarious slide show he has prepared, but you will also tear up at the honesty he brings to the stage. ★★★★★” – National Post

“The rumours are true – Bennett possesses a masterful narrative skill, taking us on a journey full of heartbreak, joy and a whole lot of dick jokes. He brings depth to the dumb stuff and levity to the heavy stuff, and is totally unafraid of revealing the most brutally personal details of his life story. ★★★★“ – SBS Television (Melbourne)