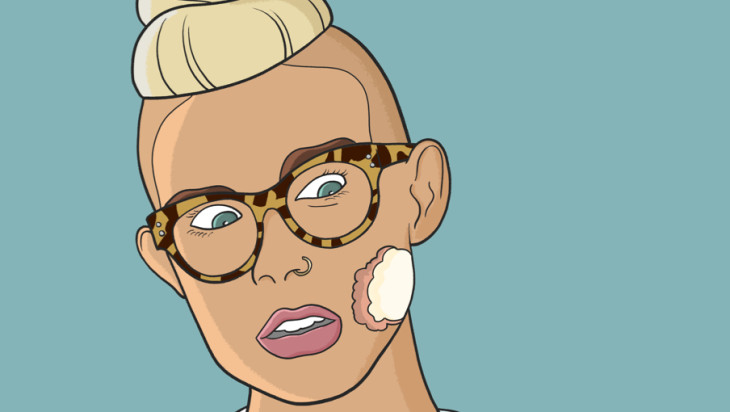 Eight years ago Amy got a bad haircut, so now she’s a vegan. She’s also a few other things – keeping her identity tapered from a 1 to a 0. Eat the Teeth explores the way we package our various selves. From the dairy alternative in her coffee to the person in her bed, Amy analyzes her behaviours like ingredients listed on a can of human.

‘Deft, timely comedy that doesn’t dumb itself down.’ Mooney on Theatre

Amy Cunningham is a Toronto-based, plant-based comedian, writer and storyteller who has performed stand-up internationally. Her dark and deadpan comedy has been featured in the Oddblock Comedy Festival, SheDot Festival, Fringe World and now at the 2018 Melbourne International Comedy Festival. She writes satirical pieces for several national, Canadian comedy websites and was a 2017 winner of the Independent Production Fund’s web drama series grant. Her web series, Off Kilter, will be released on the Canadian Broadcasting Corporations’s digital platform in 2018.

Eat the Teeth in her own words:

“It’s an entanglement of identity and spectatorship that conveniently takes place onstage in front of people.”